I had a fantastic day on Wednesday at the Everyone Active Sporting Champions Awards Ceremony in London, where I was nominated for the “Sporting Champion of the Year” in the West region.

We were warmly welcomed in Porchester Hall in Bayswater by the Everyone Active team and Colin Jackson, the Sporting Champions Scheme Ambassador.

The day started with several excellent mentoring sessions. The first was with UKAD, the UK Anti-Doping agency, with some insights into how to protect ourselves and our sports from doping, including the procedures and regulations around drugs testing in sport.

This was followed by an inspiring talk from Eloise du Luart, a GB triathlete, who told us about her journey overcoming nutritional issues on her way to the top of her sport. 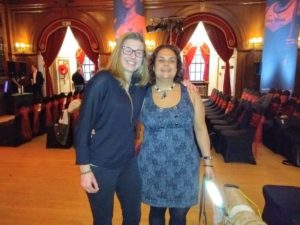 We were then lucky enough to chat with Caroline Peaty, mother of Adam Peaty, Olympic and World Champion GB swimmer. She gave a great insight into the very hard work done by parents and guardians of athletes in supporting their children to attend training and competitions and achieve success.

After these mentoring sessions came the Awards ceremony, presented by Colin Jackson and Steve Parry. I was honoured to be nominated for my achievements at the World Championships, alongside two other phenomenal athletes. The award went to Matthew Dixon, a very talented and inspirational GB diver, who has won silver medals at the Commonwealth Games and European Championships, and my very warm congratulations go to him for this award.

All in all it was a very enjoyable and motivating day, and a great chance to celebrate the achievements of the Sporting Champions scheme’s many hard-working and dedicated athletes. It was great to meet para-triathlete Jade Jones-Hall, and to meet Max Whitlock and Colin Jackson again. 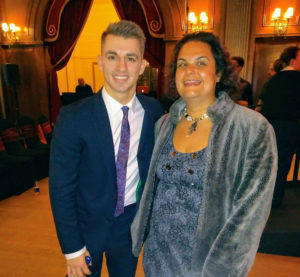 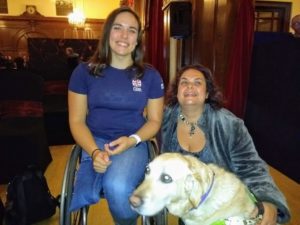 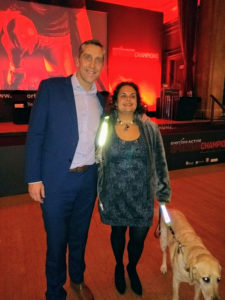